5 Reasons Why You Shouldn’t Mix Cannabis with Alcohol

5 Reasons Why You Shouldn’t Mix Cannabis with Alcohol

Your idea of a relaxing time with friends may involve getting a drink or two at the bar or heading to someone’s house to enjoy a roll or some edibles together. But while most people know that it’s safe to do either of these things separately, some aren’t aware that it’s not advisable to mix the two.

Getting high and getting drunk at the same time, also called “crossfading,” can induce unpleasant symptoms at best and significantly endanger a person’s life at worst. People already have very different reactions when taking cannabis and alcohol separately; taking the two together can make a potentially uncomfortable experience even riskier and more unpredictable.

What should you know about how cannabis and alcohol interact with each other, and what are the dangers associated with mixing the two together? Here’s a briefer that explains these two issues in depth, as well as some suggestions for how to enjoy your next tipple or herb delivery safely.

What Happens When Cannabis and Alcohol Interact?

For starters, both alcohol and cannabis are known for their impact to the central nervous system.  Alcohol is a depressant, or a substance that slows the brain down, while cannabis can act like both a depressant and a stimulant at the same time. Someone who combines the two will feel those effects on their body and brain—and there’s a chance that the impact of both substances will be heightened.

Research shows that drinking alcohol before smoking cannabis can increase the amount of tetrahydrocannabinol (THC) that the human body absorbs, therefore intensifying the effect of this psychoactive compound. Doing the opposite, or drinking alcohol after smoking weed, can minimize the perceivable effects of alcohol and thus make a person feel like they are less tipsy than they actually are, thus increasing their risk for getting severely intoxicated. 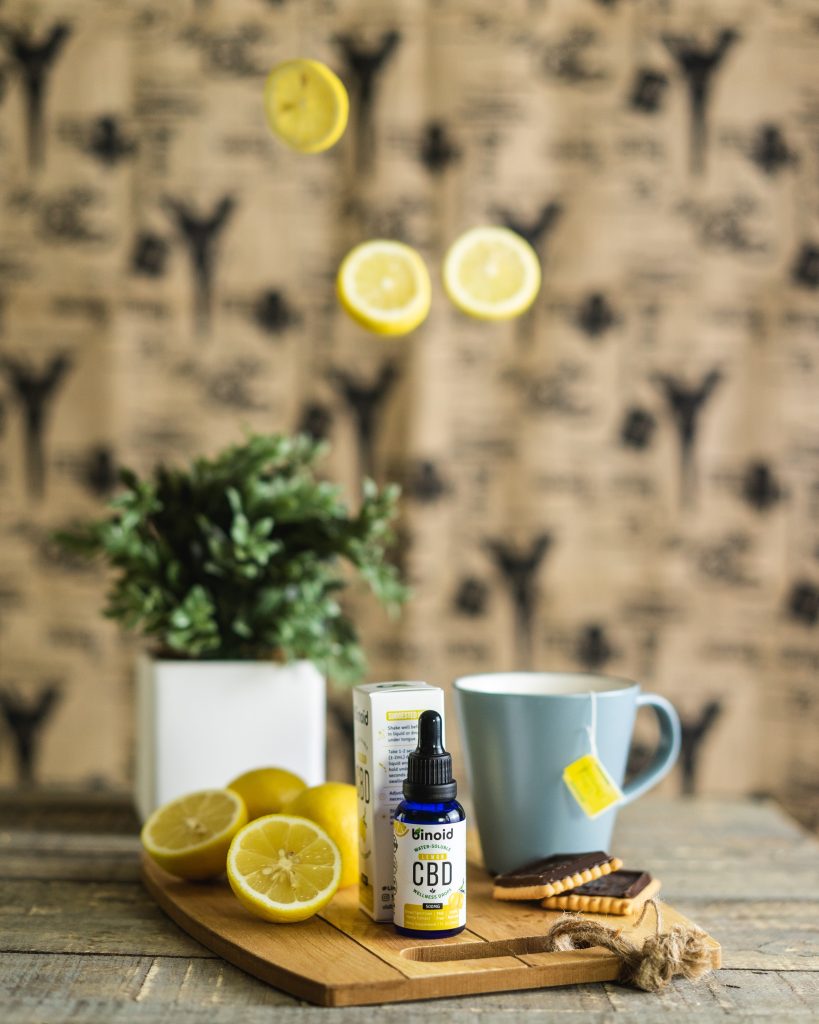 5 Consequences of Mixing Cannabis and Alcohol

The interactions and consequent effects of mixing cannabis and alcohol are still being studied in depth, but there’s enough anecdotal knowledge out there for people to know what can happen to their systems. Below are five possible consequences of mixing alcohol with cannabis in a smoked form or an edible form.

The first possible outcome is what’s known in street slang as “greening out,” or the feeling of being sickened due to combined alcohol and cannabis use. Taking the two together may cause you to feel a stronger high, but this high may also come with unpleasant side effects like dizziness, nausea, vomiting, lightheadedness, chills, anxiety, or a rapid heart rate.

Combining alcohol and cannabis may also result in a significant decrease in a person’s cognitive function, which governs their memory, their ability to process things, and their judgment about what they can and can’t do. As such, being under the influence of both substances at the same time may lead you to make risky decisions, like choosing to drive while still intoxicated or putting yourself in a situation where you or another person can get grievously injured.

Smoking too much weed is seldom life-threatening on its own. But if you go past your limit due to mixing both cannabis and alcohol, you risk aftereffects like an acute inhalation injury in your nose or throat. If you’re prone to asthma, you might also increase your chances of getting a severe asthma attack.

Another consequence of not being able to ascertain your limit when combining alcohol and cannabis is a greater propensity to binge drink. This, in turn, makes you more vulnerable to getting alcohol poisoning, or ingesting a toxic amount of the substance.

On the outset, alcohol poisoning can manifest like greening out, but it’s distinguishable by additional symptoms like loss of coordination, irregular or labored breathing, hypothermia, and loss of consciousness. If you suspect that you’ve gotten alcohol poisoning after pairing alcohol with cannabis, the best course of action is to seek immediate medical treatment and either call an ambulance or head to the emergency room.

Becoming Dependent on Either Cannabis or Alcohol After Frequent Crossfading

Lastly, in the long term, frequent crossfading can increase your dependence on alcohol, cannabis, or both substances at the same time. There’s a chance that your body will develop a tolerance for either substance and that you’ll need more of it to achieve the same high, and that your frequent usage of either substance will affect your overall health, well-being, and relationships.

Takeaway: Staying Safe and Comfortable While Having a Good Time

With either alcohol or cannabis, it’s always best to be responsible about your consumption and to know your limits. As much as possible, you should avoid drinking alcohol before or after you torch up or indulge in some munchies and simply keep these two activities separate. For either activity, start slow and don’t shock your system by consuming a huge amount. Get something in your belly before you drink or take cannabis to delay absorption of either substance into your bloodstream.

In addition, be careful about what you do after you’ve had a few drinks or had a blazing night out. Refrain from activities like swimming or running around if you know you aren’t completely sober yet, and don’t drive under the influence of either alcohol or cannabis.

You’re guaranteed a good time when you keep both yourself and others safe from harm and discomfort. Remember this the next time you go out drinking or make plans to use cannabis recreationally.

HHC: What Is This New Cannabinoid, And What Does It Feel Like?