Using Cannabis With ADHD Medications: Is It Safe?

Did you know that 6.1 million US children aged 2-17 were diagnosed with ADHD in 2016? This neurodevelopmental disorder has numerous existing treatments but patients have started reaching out to cannabis for its therapeutic benefits. But is it safe? Should ADHD patients depend on cannabis to treat their condition? Let’s find out!

ADHD, short for, Attention-deficit/hyperactivity disorder (ADHD) is a common childhood mental health disorder that often continues through adolescence and into adulthood. Some of the prevalent symptoms include lack of attention, poor organizational skills, inability to focus, and forgetting things.

ADHD can be due to multiple reasons like brain injury, alcohol use during pregnancy, and premature delivery to name a few. No matter the reason, it is important to treat this childhood disorder to live a better life.

Medications such as Adderall and Ritalin have gained immense popularity as ADHD drugs. However, excess use of these drugs can result in potential side effects, such as insomnia, and can take a big toll on your overall health. This is one of the main reasons why ADHD patients look for other remedies, such as cannabis.

If you’re wondering about the efficacy of cannabis in treating ADHD by itself or in combination with ADHD medications, continue reading this blog by Online Medical Card.

Should People With ADHD Use Cannabis? 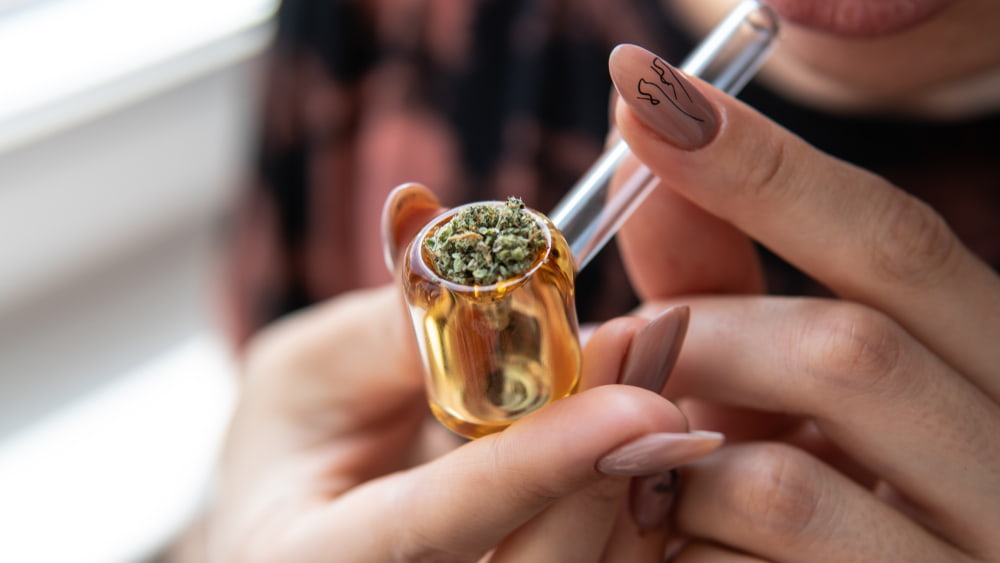 Since cannabis is known to make people calm and relaxed, many people are interested to know whether or not this natural herb can help them deal with ADHD symptoms. However, the relationship between ADHD and cannabis is backed by very little conclusive research.

In other words, while cannabis and its cannabinoids like CBD and THC have multiple therapeutic benefits for consumers, and can help patients with ADHD manage their symptoms better, we’re still unsure how far this association goes.

To understand this relationship better, let’s dive into the benefits of cannabis and studies conducted around it.

Dopamine is a type of neurotransmitter responsible for many physical (body) activities like movement that helps to boost your overall wellbeing.

Patients struggling with ADHD have a higher concentration of dopamine transporters that are responsible for removing dopamine too fast for it to show effective results.

People with ADHD can overcome its symptoms if they consume cannabis. As per a study, cannabis boost dopamine levels. This makes people feel happy and reduces their dependency on highly stimulating ADHD drugs.

Read More: The Relationship Between Marijuana and Dopamine (Facts Explained)

There isn’t much research on whether cannabis can provide relief to people with ADHD. However, there is some positive preliminary evidence that shows the impact of cannabinoids in adults with ADHD. Some other studies are 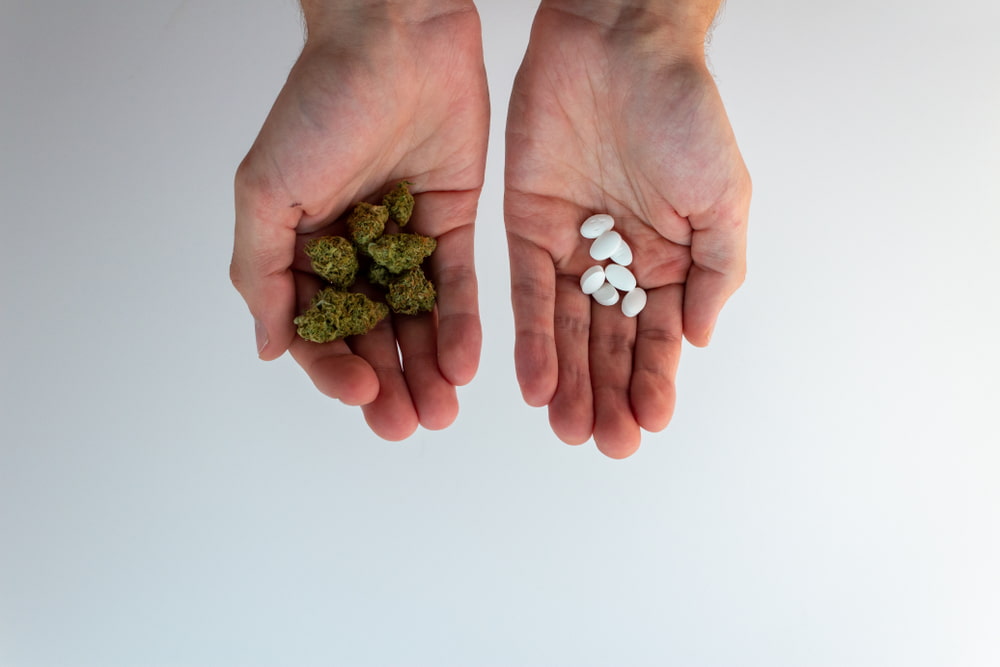 There is no strong evidence that shows how cannabis acts with ADHD medications, such as Adderall.

However, as per the 2015 study, people that consumed a combination of Adderall and marijuana without any neurological conditions experienced no major side effects,  compared with either medication being taken individually. Since the study was conducted under controlled circumstances, we do not recommend you to consume ADHD medication with cannabis without professional assistance. A medical expert can help you understand the perks and risks of using cannabis with ADHD medications.

How Safe Is It To Consume Cannabis With ADHD Medications

As mentioned above, ADHD drugs can help control impulsive tendencies and deal with ADHD symptoms. The drugs may or may not be stimulating. The risk of incorporating cannabis into ADHD drugs can trigger unknown side effects that may not happen if each drug is consumed individually.
Cannabis is both a stimulant and a depressant, meaning it can balance the stimulating effects of ADHD drugs, while in other cases it can heighten them. Some of the common ADHD medications and the potential effects, when taken with cannabis, are as follows.

Ritalin: Most typical ADHD medication that reacts strongly with cannabis. As a study has found, the combination can cause immense stress to the heart and can also affect its performance.

Adderall: Another stimulating drug when combined with cannabis can make your heart beat faster.

Concerta: When consumed with cannabis, Concerta causes immense pressure on the heart.

Dexedrine: Just like Adderall, Dexedrine when combined with cannabis cause chest breathing and a racing heart.

No promising research claims that cannabis is effective in helping patients with ADHD. And the existing research is quite variable. Some studies claim that cannabis can help you deal with ADHD symptoms, while some conclude that there is no strong evidence.

Researchers are trying their best to explore the benefits of cannabis in the medical field. Hopefully, within a few years, we will get to know the impact of cannabis on people with ADHD. To people’s knowledge, currently, ADHD doesn’t qualify for medical cannabis programs in most U.S. states.
Moreover, people with ADHD under the age of 21 should avoid consuming cannabis. Consuming marijuana with ADHD medication is still debatable. More research is needed to prove the benefits of this combination. The effect of cannabis varies from person to person.

So, if you are on ADHD medications, consult your doctor before you consider taking cannabis.